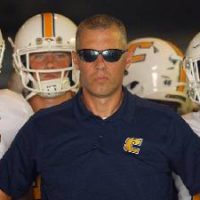 University of Tennessee at Chattanooga head football coach Rusty Wright joined Press Row to discuss the upcoming season, which will be played this Spring after last season was cancelled due to the COVID-19 pandemic.

In roughly two-seasons with the Mocs, Nunnelly had 138 receptions for 2,053 yards and 12 touchdowns.