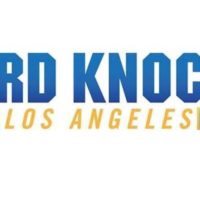 Ken Rodgers is the showhead of Hard Knocks on HBO. He joined Jay Greeson and Wells Guthrie on Press Row to preview the upcoming season, which will feature both the Los Angeles Rams and Chargers. This season of Hard Knocks will premiere at 10 p.m. eastern on August 11.