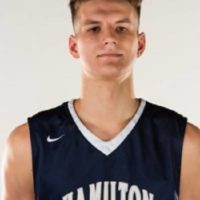 The four-star is ranked as the No. 50 overall player and the No. 13 small forward in 247Sports’ class of 2020 player rankings. He averaged 19.2 points and 6.3 rebounds per game and led a loaded Hamilton Heights squad to a 28-3 record and a top-15 national ranking. Ruzhentsev and the Hawks won the NACA National Championship to close out their impressive 2019-2020 campaign.

Ruzhentsev committed and ultimately signed with the University of Florida to play for head coach Mike White. The 6-foot-7 wing picked the Gators over Georgia Tech, Illinois, Ole Miss and Stanford among other offers.

He will reunite with former Hamilton Heights teammate Jason Jitoboh in Gainesville. Jitoboh played in 21 games for the Gators this season, averaging 1.8 points a game. After UF’s Dontay Bassett and Gorjk Gak entered the transfer portal, Ruzhentsev should have the chance to contribute early.