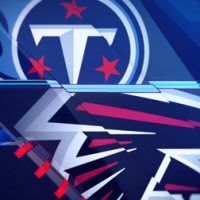 ESPN NFL Draft expert Mel Kiper Jr. has released his first mock draft since the NFL combine. Kiper has the Atlanta Falcons selecting an SEC edge rusher with their No. 16 overall pick while the Tennessee Titans select what could be a hidden gem at No. 29.

Kiper has LSU’s K’Lavon Chaisson going to the Falcons. The 6-foot-3, 254-pound edge rusher recorded 92 total tackles, 9.5 sacks and forced a fumble during his injury-riddled collegiate career. He missed the 2018 season with a torn ACL and missed two games last season with an an ankle injury. After winning a national championship with LSU in January, Chaisson decided to forego his final year of eligibility and enter the draft pool.

The Chaisson pick makes sense despite the Falcons signing defensive end Dante Fowler Jr. to replace Vic Beasley. The addition gives Atlanta another option as a pass rusher to go with Fowler Jr. and Takkarist McKinley.

Kiper has Boise State offensive tackle Ezra Cleveland going to the Tennessee Titans at the end of the first round. Cleveland turned in a great performance at the combine, running a 4.93 40-yard dash time and turning in 30 reps on the bench press. He started 40 games over three seasons for the Broncos at left tackle, earning All-Mountain West first-team honors in 2018 and 2019. The Broncos turned in terrific numbers on the ground last season, averaging 4.4 yards per carry and 167.3 yards per game.

The Titans did not re-sign right tackle Jack Conklin, so the Titans could use this pick to draft their right tackle of the future. Dennis Kelly, who was primarily used as a swing tackle last season, was re-signed by the organization. Cleveland and Kelly could offer an intriguing battle for the right tackle position during the offseason.

The NFL Draft is still set for April 23-25, though the event could be pushed back with the COVID-19 pandemic quickly spreading throughout the U.S.