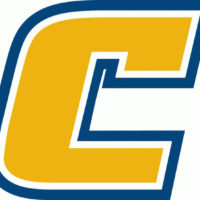 University of Tennessee-Chattanooga senior softball pitcher Celie Hudson has been tabbed the Southern Conference Pitcher of the Week for the second time this season, the league announced on Monday.

It’s only right to see this during tough times 😌
🔗 https://t.co/vtA9eotIWw#GoldStandard | #GoMocs

The honor is the sixth of her career, which gives her the second most selections among Chattanooga softball pitchers. She trails Beth Alexander and Brooke Loudermilk, who have received the honor nine times each. Her pitching counterpart Allison Swinford received the same honor last week.

She receives the honor for her performance in relief against Merrimack on Wednesday. Hudson threw three innings of scoreless softball, scattering three hits and punching out four Merrimack hitters.

Hudson has had a stellar senior season for the Lady Mocs. She leads the Southern Conference with 1.92 a ERA. She is second in strikeouts (62) and batting average against (.212).