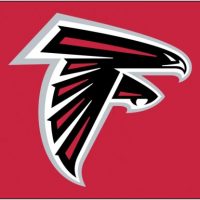 The Atlanta Falcons announced that they have agreed to terms with defensive tackle Tyeler Davison on a three-year contract extension.

The three-year deal Davison signed is reportedly worth $12 million per year with $4 million in guaranteed money.

In his first year with the Falcons, the former New Orleans Saint started 12 games and finished the year with a career-high in tackles (55) and tackles for a loss (4.0). The 27-year old also recorded a sack and a fumble recovery last season. His 55 total tackles last season ranked third among Falcons’ defensive lineman behind Grady Jarrett and free agent edge rusher Vic Beasley. Last year, Davison received a season grade of 67.5 from Pro Football Focus, which ranked him 52nd among the league’s interior defensive lineman.

The extension of Davison solidifies Atlanta’s interior defensive line. The Falcons will look to improve the trenches on the defensive side of the ball this offseason through the draft or free agency.