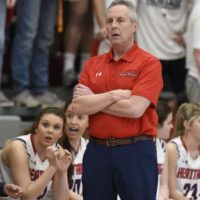 Bryant has been with the head coach of the girls’ basketball team at the school since the inaugural season in 2008-2009. He has 171 career wins in 12 years as head coach of the Lady Generals, won two region championships in 2016 and 2019 and led the 2018-2019 team to the Elite Eight of the GHSA Class AAAA Girls’ Basketball tournament before being eliminated by top-ranked Carver-Columbus.

Coach Bryant will remain as a teacher despite resigning. Heritage assistant coach Megan Crawford will serve as the interim head coach. She is joined by Mark Gamble to round out Heritage’s coaching staff.