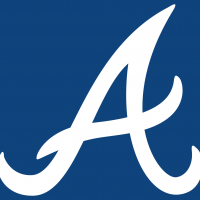 The Atlanta Braves traveled to Fort Myers’ JetBlue Park to square off with the Boston Red Sox. The Braves fell to the 2018 World Series champions 4-2.

Mike Foltynewicz got the start for Atlanta, his second of the spring. Folty lasted 1.1 innings, facing ten total batters while giving up three earned runs on four hits. The 28-year old right-hander struck out one and walked two in his second outing of this spring training.

A bright spot on the pitcher’s mound for the Braves was former 2017 first-rounder Kyle Wright. The Vanderbilt product threw three innings, allowing one hit and fanning five Red Sox batters.  Wright is Keith Law’s No. 61 overall prospect in his latest Top 100 prospects list.

Offensively, the two 2019 first-rounders, Texas A&M shortstop Braden Shewmake and Baylor catcher Shea Langeliers, were able to get an at-bat in Sunday’s exhibition game. Shewmake was 1-for-2 with an RBI single that came in the top of the ninth inning for the Braves, giving them their first run of the ball game. Two batters later, the No. 9 overall pick in last year’s draft, Shea Langeliers, worked an RBI walk that closed the gap to 4-2.  He finished the game 0-for-1 with a walk and an RBI.

Both Langeliers and Shewmake are featured in Top 100 prospects lists despite playing a full season of professional baseball. Shewmake, who received a late promotion to Double-A Mississippi, is rated as Keith Law’s No. 94 overall prospect. Langeliers is shockingly excluded from Law’s list, but is No. 70 overall and the No. 7 catching prospect in MLB.com’s rankings. The backstop hit .255 in 52 games with Class-A Rome this past summer.

In other news, Gabriel Burns, a writer for the Atlanta Journal-Constitution, recently posted a piece discussing the Braves’ dilemma at third base. According to Burns, the club does not envision Austin Riley and Johan Camargo on the Braves’ opening day roster together. Feel free to read more on Burns’ report here.

The Atlanta Braves will continue week two of spring training games on Monday when they host division rival Philadelphia under the lights of CoolToday Park. The Braves will not play on Wednesday and will play the Pittsburgh Pirates (Wednesday) and Tampa Bay Rays (Saturday) in split-squad action this week.