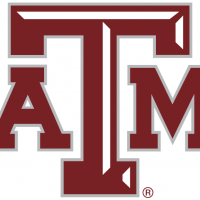 Texas A&M defensive back Leon O’Neal Jr. will enter the transfer portal according to his personal Twitter account.

I want to thank Texas A&M for everything. Every game was one I’ll never forget. Win, lose or draw The 12th man never lost they’re spirit. I want to thank my brothers for the love and support. Our bond will last forever. I have now placed myself in the transfer portal🙏🏾#WakeEmUp pic.twitter.com/VxOJ7ckeQK

O’Neal, a five-star safety in the 2018 graduating class, was Texas A&M’s highest rated-recruit that year, which was Jimbo Fisher’s first signing class as the Aggies’ head coach. He de-committed from the Aggies once Fisher was hired, but decided to rejoin the class once Signing Day came.

The Cypress, Texas native recorded 55 total tackles, two interceptions and four passes break ups during his time in College Station. As a freshman, O’Neal appeared in all 13 games, mainly on special teams. In his sophomore year, the 6-foot-1, 210-pound safety appeared in all 12 games of the 2019 season, making eight starts for the Aggies.

The highly touted safety is the tenth Aggie to enter the transfer portal this offseason. Texas A&M signed a full 2020 recruiting class, which keeps them over the 85-man roster limit.