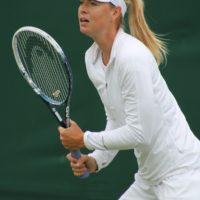 She received a two-year suspension in 2016 after testing positive for the banned substance meldonium. The suspension was reduced to 15 months after Sharapova appealed, but the 32-year old managed to reach only one quarterfinal following the suspension.

Maria Sharapova walks away from her 19-year tennis career with a 645-171 record in singles competition and 36 titles.