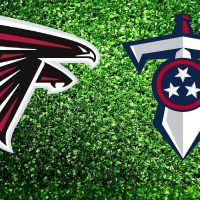 The Atlanta Falcons hold the No. 16 overall pick in April’s draft. Mel Kiper has Iowa defensive end A.J. Epenesa. Epenesa, a 6-foot, 6 inch, 280-pounder is big enough to play either end or tackle in Atlanta’s 4-3 defense. The former Hawkeye recorded 49 tackles, 11.5 sacks and four forced fumbles in his junior season. Epenesa was a consensus first-team All-Big Ten honoree in 2019 and won the Holiday Bowl Most Valuable Defensive Player. His versatility and ability to play either end or tackle could be the force the Falcons have been looking for in the trenches. Atlanta will also be looking for a replacement for Vic Beasley, who became a free agent during the offseason.

A surprising playoff run this season earned the Tennessee Titans the No. 29 overall pick in the draft. Though the Titans have not decided on what to do with free agents such as Derrick Henry, Ryan Tannehill and Logan Ryan, Tennessee will still need to make edge rusher a priority in the draft. The Titans finished in the middle of the pack in team sacks this season. Kiper has them selecting Penn State defensive end Yetur Gross-Matos. The Virginia native posted 40 tackles, 15.0 tackles for loss and 9.5 sacks in his final season with the Nittany Lions. Kiper believes that Gross-Matos would be a great fit at outside linebacker in Dean Pees’ 3-4 defense.

Epenesa (No. 2) and Gross-Matos (No. 3) are two of the top-ranked defensive ends behind projected top-five pick Chase Young of Ohio State according to Mel Kiper. Neither, however, are ranked in his top-25 overall player rankings.

The NFL Draft begins with round one on April 23 in Las Vegas, Nevada. The second and third rounds will take place on the 24th and round four through seven will commence on Saturday, April 25.