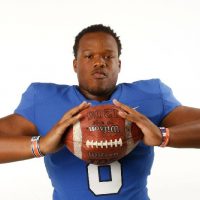 Auburn announced late Saturday evening that four-star defensive lineman Jay Hardy has officially signed with Gus Malzahn and the Tigers. The McCallie School product was the final commit to sign his name on the dotted line and honor his verbal commitment to Auburn. The school’s official football Twitter account made the news public Saturday night.

Hardy verbally committed to Auburn in November, but many expected him to flip to the home-state Tennessee Volunteers. Jay signed his letter of intent during December’s early signing period, but wanted to wait until the February signing period to announce his decision along side his high school teammates.