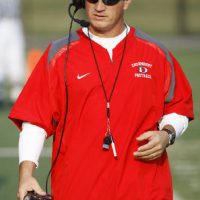 All 32 of the NFL’s teams nominate one high school coach for the Don Shula NFL High School Coach of the Year honor. Land is one of 32 high school coaches across the country up for the award. The Don Shula Award winner will be announced during the 2020 Pro Bowl, which takes place on Sunday, Jan. 26 at 3 PM ET on ESPN.