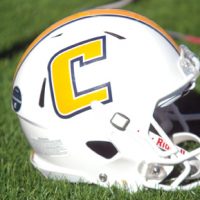 This honor is one of the multiple Aliym Ford received this postseason. The freshman from Florence, South Carolina rushed for 1,081 yards and nine touchdowns, which was tied for the most on the team. His 1,081 yards were seventh most in Southern Conference history by a freshman. Ford managed to finish fifth in the Jerry Rice Award voting despite missing the final two games due to injury.

Devonsha Maxwell led the Mocs defensive line with 7.0 sacks in 2019, and received first-team All-SoCon selection. Maxwell was honored as a freshman All-American by HeroSports.com in 2018. The Valdosta, Georgia native finished the season with 46 tackles, 13 of which were for loss.