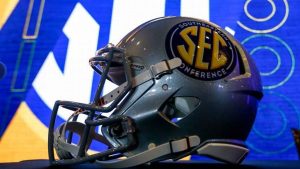 The day after the conclusion to SEC Media Days always brings one headline – the release of the media’s predictions for the upcoming 2019 SEC football season.

This includes predictions on where each team will finish, and voting for a Preseason 1st, 2nd, and 3rd All-SEC Team.

Highlights from this year’s voting included a record 12 Alabama players being voted to the 1st team (21 overall to all three teams). Georgia had four players named to the 1st team (10 overall). Tennessee had one player named overall, and it was Marquez Callaway as the 2nd team return specialist.

See the full list of predicted rankings and preseason teams below.