New University of Tennessee at Chattanooga defensive coordinator Lorenzo “Whammy” Ward joined Press Row on Wednesday, June 5 to talk about his second stint with the Mocs, playing at Alabama and working for Steve Spurrier at South Carolina.

Ward was an assistant at UTC from 1994-1998 and most-recently served as the interim head coach at Louisville. 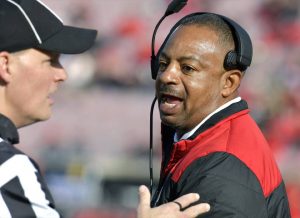