Add former University of Tennessee at Chattanooga defensive lineman Derek Mahaffey and wide receiver Joseph Parker to the list of former Mocs that will be attending NFL minicamps in the coming weeks. Both Mahaffey and Parker have been invited to rookie minicamps with the San Francisco 49ers and Los Angeles Rams. 49ers camp is scheduled to take place May 3-5, while Rams camp will run May 10-12. 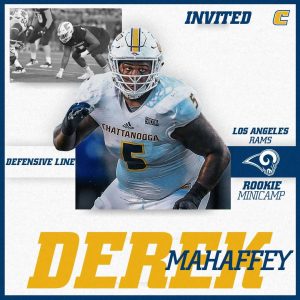 Mahaffey, a two-time All-SoCon selection and Socon Honor Roll member, played in 32 games over three seasons with the Mocs and graduated in May 2018 with a degree in Criminal Justice. He was third on the team with 62 tackles in 2018. 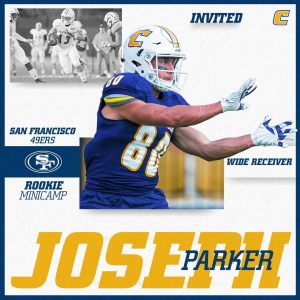 Parker hauled in 74 career catches for 842 yards and five touchdowns in 22 games with the Mocs, and will graduate in May with a Sport Management degree. He was third on the team with 437 receiving yards on 40 catches and two touchdowns in 2018.

UTC now has nine alumni who are either scheduled to participate in minicamp or signed to an NFL team.