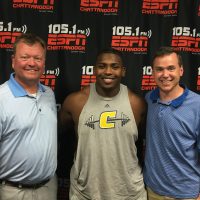 Former University of Tennessee at Chattanooga All-American defensive lineman and 2018 Southern Conference Player of the Year Isaiah Mack joined Press Row on Monday, April 29 after inking a deal with the Tennessee Titans as an undrafted free agent over the weekend.

None of the NFL’s 32 teams spent a draft pick on Mack, but he was in high-demand following the conclusion of the three-day event in Nashville. Mack’s phone rang nonstop as 10 different teams made contact regarding a potential signing. Mack told GoMocs.com, “I have been in Tennessee the last five years, so I might as well keep it going,” and later added, “I get to learn behind Jurrell Casey, and I get to be close to my family. Those were the two biggest reasons I decided to sign with Tennessee.” 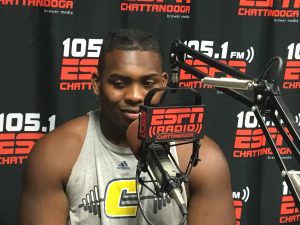