Ever since SEC Commissioner Greg Sankey made basketball more of a priority for his conference’s programs, the Southeastern Conference has seen a rise in competition in the sport. Several times in the last decade, between 3-5 teams made the Tournament. It has for very much of history been Kentucky’s sport, and the rest of the conference has lagged behind. Now in the last couple years, with the investment in facilities and coaches by the programs, there has been an obvious rise of talent and competition.

The record for SEC teams in the NCAA Tournament was broken last year when 8 teams received bids. For the 2019 NCAA Tournament, 7 teams got a bid to play in the tournament, and while two lost in the first round, four of them have made the Sweet Sixteen. It is the first time since 1996 that has been accomplished, and only the third time in tournament history. 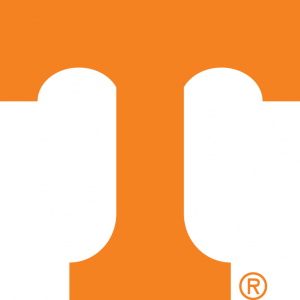 Tennessee has broken many records this season, including shattering the program record for most weeks as AP #1, remaining in the AP Top 10 for the entire season, the longest win streak in program history at 19 games, and they have tied the program record for most wins in a season. They made the NCAA Tournament for the 22nd time, the Round of 32 for the 16th time, and the Sweet Sixteen for only the 8th time. They failed to win any conference titles, but they will be hungry to make it further in the NCAA Tournament than any Vols team has. They will have a tough path, as any team has at this point in the season, but the Purdue team they will be going up against will be a dangerous matchup, as the Vols have been subpar recently at defending from behind the arc. The Boilermakers and either Virginia or Oregon will be what stands between UT and their first ever Final Four Appearance.

The only thing that has been disappointing for the Wildcats this season has been not winning any titles like they usually do. Like many Calipari teams, this team is dominated by younger players that find their stride late in the season. Unfortunately for UK, PJ Washington is still questionable for the rest of the Tournament, and he is a player that is very valuable for this team. Without him, this team fell to Tennessee in the SEC semifinals, and was barely able to get past Wofford in the Round of 32. If UK is without hime, it will be a challenge to get past Houston in the Sweet Sixteen. After that, the Wildcats possible opponents include UNC, Virginia, Purdue, and the possibility of a rematch with Tennessee, who the Cats lost to without Washington. Getting him back will make their chances of getting through that gauntlet considerably better.

LSU shocked and awed college basketball fans with their surprising blitz through the SEC, which included upsets against Kentucky and Tennessee. They finished the season with a 16-2 conference record, but soon after that head coach Will Wade was suspended amidst an FBI investigation concerning his involvement in paying players. The Tigers then lost their first game in the SEC Tournament to Florida, and many people picked them to be upset before the Sweet Sixteen came around. They’ve managed to squeeze by (14) Yale and (6) Maryland so far, but their remaining path to the Final Four is the toughest of any other SEC team. They will face off against Michigan State on Friday, and after that will more than likely need to down Duke to make their 5th Final Four appearance.

Auburn won a share of the SEC regular season title last season, but it has been disappointing ever since then until their late run in this season, which includes a 10-game streak and a win against Tennessee to end this year’s regular season. They have played their best basketball of the season very recently. This is also the first time since 2003 that Auburn has made it to the second weekend in the NCAA Tournament. The red-hot Tigers will be going up against a basketball blue-blood and one of the title favorites to advance to the Elite Eight for just the second time in school history. After that, either Houston or Kentucky will stand in the way of their first Final Four appearance, and the teams they would face there could be Virginia, Purdue, Tennessee, or Oregon. Getting past North Carolina in the Sweet Sixteen however, is the biggest challenge they would face until the Championship.