The regular season has come to a close, and seeding has been placed for the SEC Tournament. It will begin Wednesday, March 13th and will last until Sunday, when a Tournament Champion will be crowned. Who will be take home the title in Nashville this year? 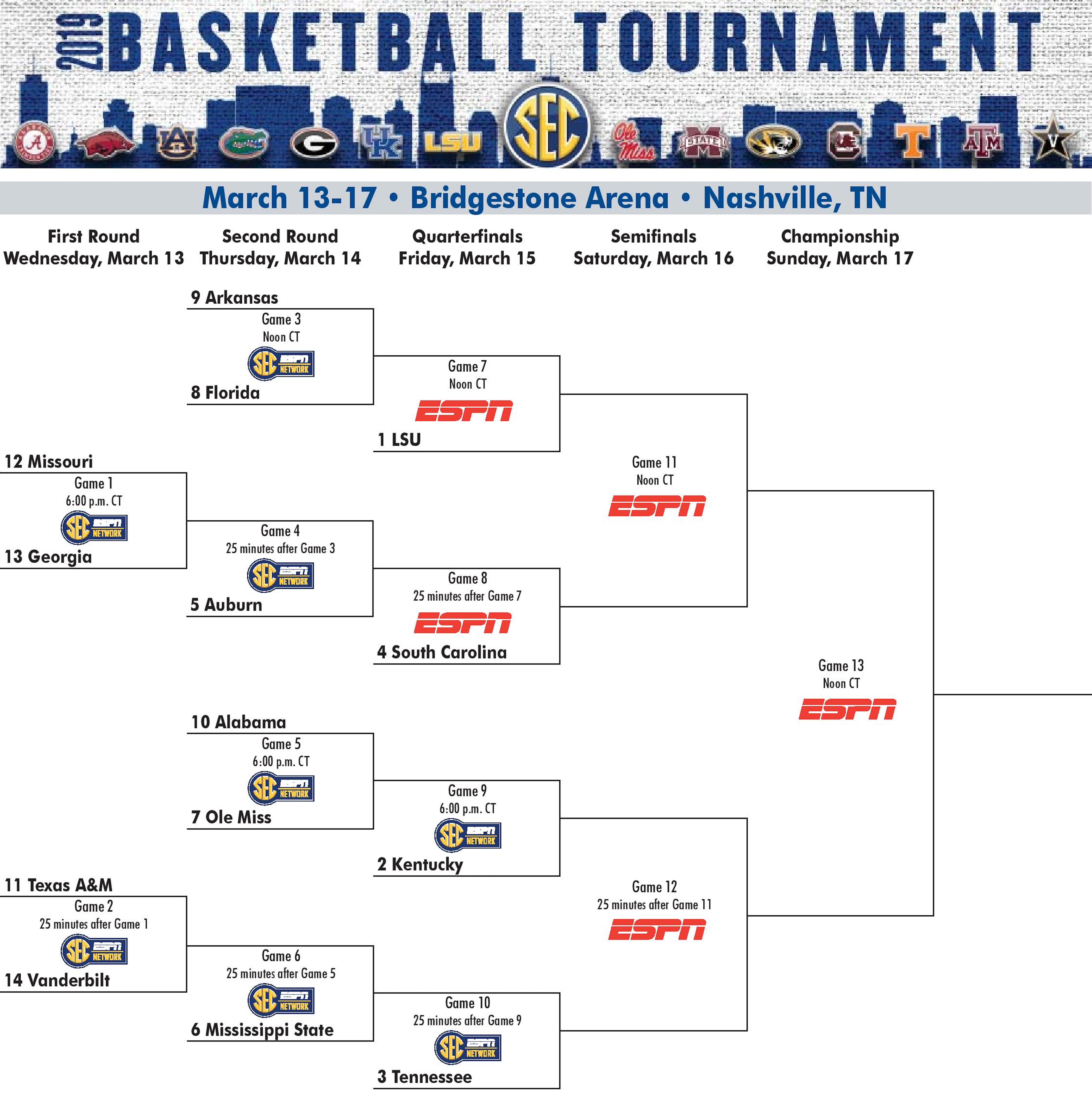 *Rankings are determined based on the quality of wins and losses against SEC opponents, as well as how navigable their path to a Championship is.