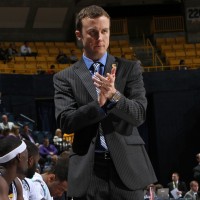 University of Tennessee at Chattanooga head basketball coach Matt McCall joined ESPN 105.1 The Zone on Tuesday for his weekly segment on Press Row, less than 24-hours after his team squeezed out a 67-65 win at VMI to clinch the Southern Conference regular season title.

You can listen to the segment using the audio player below. 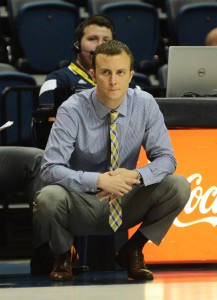 The Mocs finish the regular season slate 26-5 overall and 15-3 in SOCON play. Monday’s win over VMI earned UTC a spot in the National Invitation Tournament, where the Mocs will compete if the team fails to qualify for the NCAA Tournament.

On Tuesday, coach McCall was named Southern Conference coach of the year by both the coaches and league media members. Forward Tre’ McLean was voted first-team all-conference by the media, while center Justin Tuoyo earned second-team honors. Tuoyo was named defensive player of the year again, after winning the award a season ago. Both McLean and Tuoyo were selected to the coaches’ 10-member all-conference team.

The SOCON Tournament will take place Asheville, NC starting on Friday, March 4. The championship game will be played at 9 p.m. ET on Monday, March 7. As the No.1 seed, Chattanooga will receive a first-round bye and play the winner of No.8 Samford and No.9 VMI. That game is scheduled to tip this Saturday at 12 p.m. ET.

You can view and print the Southern Conference Tournament bracket here.