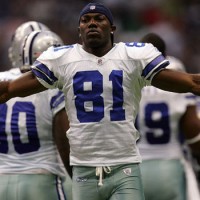 The podcast is available towards the bottom of this page.

Owens’ name made headlines last week when he was snubbed by Hall of Fame voters, in his first year of eligibility. Retired NFL stars Kevin Greene, Marvin Harrison, Orlando Pace, Ken Stabler, Dick Stanfel and Brett Favre did enough on the gridiron to be enshrined in 2016 Pro Football Hall of Fame class. According to voters, apparently T.O. did not. The former big-play threat hauled in 1,078 passes for 15,934 yards and 153 touchdowns during his fifteen year NFL career. He is second all-time in receiving yards, sixth in catches, and third all-time in receiving touchdowns. 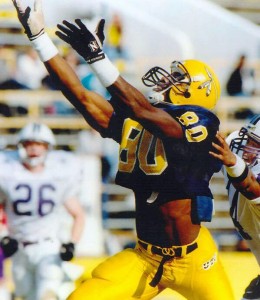 Terrell Owens played at the University of Tennessee at Chattanooga from 1992-96 before being selected by the 49ers in the 3rd round of the 1996 NFL Draft.