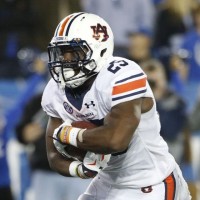 Former Auburn running back Peyton Barber joined Press Row this afternoon, less than a week before he’ll take the field at Lucas Oil Stadium for the 2016 NFL Scouting Combine in Indianapolis. 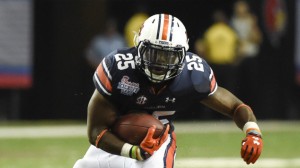 Barber, who announced on Jan.18 that he would forgo the remainder of his eligibility at Auburn in favor of the NFL on the NCAA’s deadline for underclassmen to declare, was vaulted to the forefront of the depth chart after injuries to fellow running backs Roc Thomas and Jovon Robinson. Barber did not disappoint, racking up over a thousand rushing yards and 13 touchdowns for the Tigers in 2015.

Including Barber, eight Auburn players received invitations to the combine.