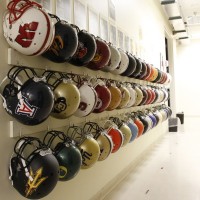 ESPN Radio’s 16th season of college football game broadcasts will begin the opening Saturday, Sept. 5, with three of its 24 regular-season and continue every Saturday, plus four select Thursday nights and culminating with the Pac-12 and ACC Championships on December 5.

The full slate of games includes 19 teams in ESPN’s Way-Too-Early Top 25, featuring nine out of the Top 10. From the Top 10 there are conference games such as No. 8 Michigan State playing at defending national champions and preseason No. 1 Ohio State, as well as No. 7 Alabama at No. 9 Georgia.

The season will kick off with preseason No. 25 Louisville vs. No. 4 Auburn at 2:30 p.m. ET, immediately followed by No. 7 Alabama vs. No. 17 Wisconsin. Additional marquee matchups include No. 11 UCLA at No. 5 USC and No. 1 Ohio State at Michigan.

The sites for College GameDay on ESPN Radio and the post-season bowl schedule will be announced at a later date.

*  Rankings are based on ESPN’s Way-Too-Early Top 25 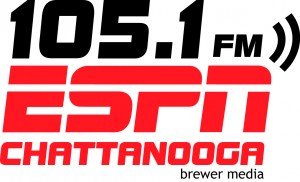